We are going to learn about the specifics of Bypassing the LibSSH Authentication in this blog.

LibSSH authentication bypass: CVE-2018-10933 along with a demo on how to exploit it. This Vulnerability was identified by Peter Winter and was released by LibSSH on 16th of October 2018 under the assigned CVE-2018-10933. He found a server code vulnerability that allowed the client to bypass the usual process of authentication and gain access to the server’s root level.

LibSSH is a C library that allows you to write a program using the SSH protocol, according to the official documentation. You can execute programs remotely, transfer files, or use a secure and clear tunnel for your remote programs. The SSH protocol is encrypted, ensures data integrity, and provides strong means of authenticating the server of the client. The library hides a lot of technical details from the SSH protocol, but that doesn’t mean you shouldn’t try to know about these details and understand them.

It should be noted that LibSSH should not be confused with either OpenSSH or LibSSH2 as they are all distinct.

This is the official statement released by LibSSH :

To make this exploit effective, we need a server running the vulnerable LibSSH version or we can access the box / server running the vulnerable LibSSH version directly. This server was developed by the Pentester Lab and can be downloaded from Here. It’s an iso file so you can use either VirtualBox or VMware to quickly start this box. Let’s first test the insecure machine’s IP address. Type the ifconfig command to test the box’s Address. The victim’s IP is 192.168.0.100 in our case. 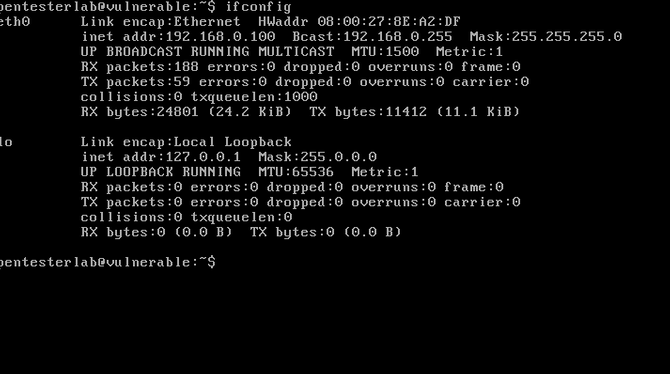 Then switch onto the computer of your attacker (in my case I’m going to use Kali). We must trigger a Nmap Scan first to validate the running of the libssh. Type the command below:

Now we are going to start with our exploit after verifying. We are going to use a simple python script to do the exploitation job for us. You can access the code directly from here :

https://github.com/nikhil1232/LibSSH-Authentication-Bypass or you can copy it from below:

To use this script type in: python3 LibAuth.py –help to see all the options and parameters we need to use.

Therefore, we need to specify the IP address of the victim, port no, and finally the order we want to execute on the victim computer.

If you wish, you can try out different commands.

Extent Of this Vulnerability

Then comes the vulnerability that is quite extreme in itself as anyone can gain access to the victim server without any form of authentication, and along with that the ease with which an attacker can exploit it is quite troubling, but in terms of the number of machines / servers using this SSH library it is very small. That being said; by a very easy shodan scan, you can test out some public servers using libssh.

In order to mitigate the issue, LibSSH released two versions 0.8.4 and 0.7.6 so that any user can address it when upgrading to either of the two versions and protect their server from abuse.

We began with some introduction and some of LibSSH’s basics before moving on to exploitation and code walkthrough and then patching.

That’s all for now, until next time.